Where Did Candle Making Art Came From? 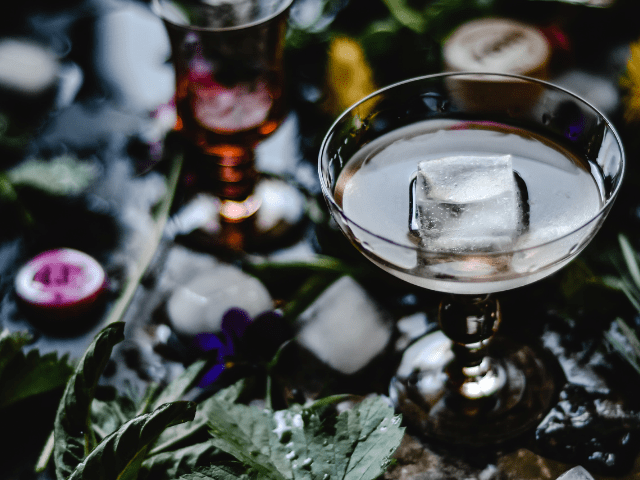 Where did candle making art came from? During the time of the Egyptians and early Romans; our ancestors made candles out of tallows which can be extracted from animals like sheep and cattle. These candles didn’t burn as much, and according to historians the scent it produced stinks. Where did candle making art came from? The first one to create a candle quite similar to what we now have today was the people who lived during the Roman Empire. They’ve found a solution to make the tallows more efficient and less smelly by melting it and liquefying it. After doing that they will then pour it over fibers of cotton, hemp, or flax which are also used as a wick. It worked much better than the early versions; and from then on candles became a major component in religious ceremonies, at home, and also used during travel.

In this article, we will give you a brief history of how candles were used throughout the centuries, how it was used and developed in different countries/ culture, and where did candle making art came from?

The Ancient Way of Candle Making

Where did candle making art came from? Candles originally started out as an artificial source of light since the dawn of mankind. The art of creating a candle have been developed in different countries, and is now being used today for various occasions, celebrations, religious/ ritual – related ceremonies, and even as part of home decorations.

Where did candle making art came from? According to historians, early Egyptians were one of the first civilizations to use candles and developed it; aside from candles; they are also known as the inventors of torches or anciently known as “rush lights.” What ancient Egyptians did to create candles/torches is to use the animal fats; and soak it in the core of reeds. However, since the candles/ torches they made actually have no wick; it weren’t considered as a real candle until the year 3000 B.C. This was the time when early Egyptians discovered that they can create a candle out of beeswax. Historians also accredits the ancient Egyptians of being one of the first people to create candle holders; because they’ve found such that dates back to around 400 B.C.

On the other side of the globe, around 221 B.C, ancient Chinese have also created candles; that are made out of the animal fats but this time from a whale. They’ve eventually found a way to create one that’s also made out of wax from seeds, and insects. They wrap this wax into a paper so that it can be burned.

Where did candle making art came from? During the time of ancient Indians; the art of candle making involved the boiling of the fruits from the cinnamon tree. They learned how to extract wax from it, and use it as temple candles. On the other hand, indigenous people who lived in the Pacific Northwest at the time of 1st century A.D., were able to create a lighting source by using the oil of the eulachon, which is also known as “candlefish.” They simply stick the dried fish on a fork and light it up.

Where did candle making art came from? The early Romans during the time of the Roman Empire were the only civilization that came close to the candles; that we now have today according to historians. They are highly credited when it comes to developing the concept of a candle with a wick; making it easy to light up and last for a much longer period. However, as mentioned earlier, the Romans use tallows as the standard material for making candles.

Tallow is an animal fat that’s produced by cattle, cows, or sheep; this has become the main candle material in Europe as well. However, the tallow produces a lot of smoke, and unpleasant smell since it’s made out of animal fats. Nevertheless, they still used it during prayer or other religious ceremonies but because of the bad smell; it was banned in many European cities. When candles made out of beeswax was eventually developed; it became the main source of candles and were used for royal and religious events since it doesn’t produce any bad odor. By 1415, tallow candles were only used as a street light.

Where did candle making art came from? The process of creating candles out of beeswax is pretty much the same with how the early Romans made candles out of tallows but of course, unlike the latter, beeswax is easier and cleaner when burned, and it also doesn’t produce too much smoke – not to mention the pleasant odor. The only problem at the time is that beeswax is very limited and expensive which is why only the upper class and religious clergies can afford candle lights inside their homes/church. Tallow candles are still the most common household light source for the majority of Europeans.

Where did candle making art came from? Around the 13th century, the art of candle making became a craft in countries like Great Britain and France, and it also became a source of income for those who have time to do it because they found a way to use excess kitchen fats to create candles and sell it for a cheaper price.

Around the 15th century, the art of molding candles began in France. A new process/ candle technique was developed by simply pouring the wax over hollow and open – ended cylinders. They’ve put a cap that fits the cylinders so that the candle can be covered; and placed a small hole for the wicks to be lighted. The wax was left to cool, and the wires holding the wick can eventually be taken off. During those times, candle makers spent about 8 to 10 days before they can create candles made out of wax and placed in a container.

Where did candle making art came from? When the art of candle making became quite popular; American’s further improved the craft when they discovered how to extract the wax of bayberries; and berry shrubs to give it a nice sweet smell, and color. It didn’t really catch up at first and only a few people are doing this technique as the process is quite tedious since it will involve extracting bayberries. During that time 15 pounds of these berries can only produce about 1 pound of wax which is in the long run time consuming for candle makers.

Around the 18th century, when the whaling industry was booming, people found a way to use the wax obtained from the whale’s sperm oil called Spermaceti to create candles. It was one of the first major changes in the art of candle – making as it provided a replacement to tallows, beeswax, and even bayberry wax. It’s quite similar to beeswax because it’s burns clean and pure, and also doesn’t produce foul odor or smoky flames. In fact, it even produces brighter flame; aside from that, it’s much harder when the wax has cooled compared to beeswax and tallow wax making it last longer even if it’s placed under the sun. According to historians, the first standard candles came from the Spermaceti wax.

Where did candle making art came from? The 19th century was the defining moment for the candle making industry because this is the time when machines were utilized to develop batches of candles, making it easier, faster; and much more affordable to the public. Joseph Morgan was one of the inventors who developed a machine that can easily produce 1,500 molded candles per hour. It was also during this time that chemists; Michael Chevreul and Joseph Lussac, patented the stearin wax candles which are harder, easier to burn, and more durable. The candle making process experience drastic improvements when the stearin wax was invented because it improved the candles’ quality; up to this day, candles made from stearin wax is one of the major components of candle – making in Europe.

It was also during the 19th century that wicks were improved. For years, wicks are only made out of twisted strands of cotton which burns poorly; fortunately, people discovered that using a braided wick or a wick that’s tightly curled over is much better.

Where did candle making art came from? Around the 1850’s, a substance called paraffin became commercially available. This is when inventor, James Young used and patented the substance to create inexpensive candles; that are of high quality, odorless, and also produces a bluish – white color. It also burns clearly, making the candle superior and much affordable.

Where did candle making art came from? Despite the drastic improvements of the candle making industry; it was soon threatened by the introduction of light in 1879, thanks to Thomas Edison. The candle – making industry began to decline; and was only used more as a decoration, and not as the main source of artificial light.

Thanks to the advances of technology and arts, the candle industry now offers a wide variety of candles produced from different kinds of waxes. You can now pick any color, size, shape, odor, design; and holders you like depending on where and how you’re going to use it. Candles may not be the main source of light anymore unlike before; but it’s become a symbol of many celebrations, and important milestones in our lives. After all, birthdays wouldn’t be complete without blowing a candle before you make a wish!

How to Make a Pillar Candle?

How to Create a Safe Candle making Environment